Women in Aviation: 'The Pace of Change is Still Very Slow' 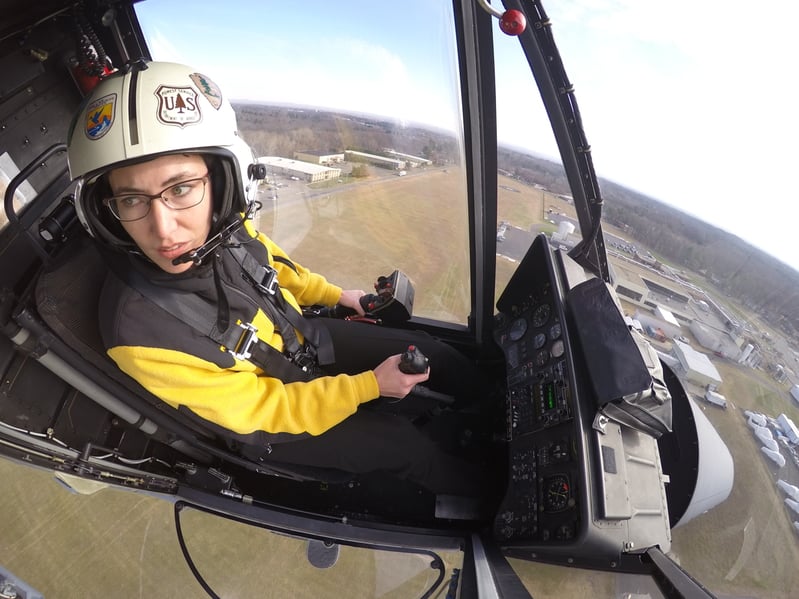 BDN has long been interested in the topic of women in aerospace, largely because many of us have fully experienced what it means to be a female in a male-dominated industry — so we were intrigued and interested when industry journalist Elan Head told us she was writing a book on the subject. She recently spoke with BDN’s Kyle Davis about the new book, how it evolved and what she has learned along the way.

KD: What led you to research the topic of women in aviation?

EH: Two years ago, I was asked to speak at WATS, the World Aviation Training Conference, on the subject, “Do women make better helicopter pilots?” This was a bit of a hot topic at the time, thanks to a Time Magazine article that claimed that female helicopter pilots in the U.S. Army had a lower accident rate than their male counterparts.

In the article, it was speculated that perhaps female pilots were safer because of “less cowboying” or “more thoughtful behavior in the air.” And some leaders in the aviation industry picked up on the article to make their own points about female pilots. For example, I heard the president of a helicopter manufacturer tell a safety conference that women are safer pilots because “they’re better at following the rules.” In a column in Flying Magazine, John King claimed that women have “a quality that makes them risk-averse,” which he suggested also makes them reluctant to fly in general, and could explain why for decades women have accounted for only around six percent of the pilot population.

As it happened, I had read the original source material for the Time article, so I knew that the evidence it was based on was actually quite weak. But my coursework in game theory had also given me a different way of thinking about why women might be safer pilots, if in fact they are. There’s a case study in game theory that’s based on the fact that up until the 1960s, black major league baseball players had, on average, significantly better stats than white ball players. This was not because “black people are good at sports” — it was because most teams back then were so reluctant to sign black players that a black player had to be very, very good just to be given a chance.

To me, it seemed reasonable to think that if female pilots really are demonstrably safer than men, it might be because the women who have managed to succeed in a male-dominated industry have had to be especially talented or conscientious to get as far as they have. Now, I didn’t have any evidence to support this theory, but the people who were falling back on stereotypes for their own explanations didn’t have any supporting evidence, either. What was striking to me was that almost everyone who read the Time article explained it in terms of stereotypes about men and women, without even considering possible alternatives. That impulse to think in stereotypes was what I really wanted to explore further.

KD: What types of things did you uncover about stereotypes and biases?

EH: A lot! There’s a huge and expanding literature on stereotypes and implicit biases, and it has been really interesting diving into that. Much of what has been written about women and minorities in other industries is also relevant to aviation.

But I also wanted to investigate specific stereotypes that have gained traction in aviation. For example, is it true that women are risk-averse and better at following the rules? I knew that these stereotypes did not apply in my own case — I’ve always taken big life risks, and the FAA’s hazardous attitudes inventory test has correctly pegged me as “anti-authority.” However, I didn’t know to what extent I might be an outlier.

I found that many behavioral studies have shown that men, on average, take more risks than women, on average, across a variety of contexts. But the picture becomes a lot more complex when you start looking at the details. These average differences don’t say anything about individual men and women, and the population differences are often quite small. That means that many women are bigger risk-takers than the 50th percentile man — 30 percent of women or more, in some studies. Even if we accept John King’s premise that women avoid aviation because they’re risk-averse, we would still expect to see a lot more female pilots than we actually do.

Moreover, in certain contexts women are, on average, just as risk-tolerant or even more risk-tolerant than men. That suggests that many gender differences in risk taking are social or cultural, not the product of biology.

An interesting thing happened at this point in my research: my book project stopped being all about women, as I learned that most of the stereotypes about male pilots are questionable, too. Research shows that relatively few male pilots actually have the macho, self-aggrandizing personality types that pilots are famous for, and that personality is in general a pretty poor predictor of whether a pilot will take any particular risk. Yet we have an army of safety consultants, and even the FAA, citing bogus studies that reinforce the idea that male biology is at the root of our industry’s safety issues.

This puts male pilots in an incredibly difficult situation. On the one hand, we tell them not to take unnecessary risks, but on the other, we tell them that risk-taking is what men do. Any male pilot who has some investment in his masculinity is going to feel increased pressure to take risks to prove himself, even if he’s not naturally inclined to do so.

KD: Is the underrepresentation of women in aviation changing for the better? Why or why not?

EH: This is the point where some men would jump in and challenge your use of the term “better,” because it implies that we should be working to increase the representation of women in aviation. Personally, I do believe that having a larger, more diverse pool of pilots, mechanics, and aerospace engineers would benefit the industry overall. But some men would say — and I’ve seen this argument all over the Internet — that there’s nothing stopping women from entering aviation, so why should we push them into an industry that they’re simply not interested in?

I think this argument underscores the fact that the barriers facing women in aviation today are not always obvious. To take pilots as an example, flight schools are no longer turning women away and operators are no longer refusing to hire women on principle — for the most part. But the vast majority of pilots both in real life and popular culture are still male, so it simply doesn’t occur to a lot of young women that they could be pilots, too.

Those women who do take up flying may find themselves battling stereotypes such as “women are better at following the rules.” The fact is, being a pilot does demand the ability to take control of a situation, and the willingness to “deviate from any rule to the extent required to meet an emergency” — which is why that power is enshrined in our federal aviation regulations. If women are perceived as inherently less willing or able to take on those responsibilities, they’re likely to be given fewer opportunities to prove themselves and gain the experience they need to advance in their careers. Aviation is an incredibly difficult and expensive industry for anyone, male or female, to break into, and small disadvantages can really pile up.

There’s no question that aviation is much more welcoming to women today than it has been in the past. But the pace of change is still very slow. The social and cultural forces that are keeping women out of aviation extend far beyond our industry alone.

KD: When will your book be available?

EH: I hope by the end of the year. It has turned into a much bigger research project than I anticipated, and I still have a full-time job! But my bosses, Linda and Mike Reyno, have been extremely supportive, and it’s a topic I’ve become quite passionate about.

An FAA Gold Seal flight instructor with helicopter and instrument helicopter ratings, Elan holds commercial helicopter licenses in the U.S., Canada, and Australia. She has been recognized with HAI’s Excellence in Communications Award and an Aerospace Media Award for her reporting on aviation safety. In 2014, she became the first woman to fly the Kaman K-1200 K-MAX helicopter. Follow her on Twitter @elanhead.