The president just tweeted about you. Now what? 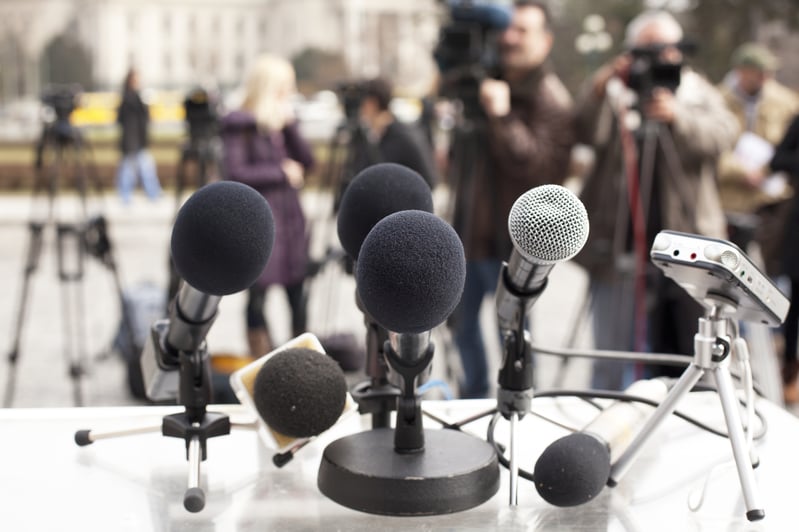 It is inevitable. If you work in aerospace PR, you’ve either had a crisis or you’re going to have one. Despite a solid business and the best of intentions, something will go wrong sometime. Unless you are prepared and ready to respond, the effect on your company’s reputation — and its bottom line — can be disastrous.

Conventional wisdom held that a Trump presidency would be good, even great, for the aerospace and defense industry. Teal Group analyst Richard Aboulafia predicted that defense contractors would be “awash in money.” The Boeing Company publicly congratulated the president-elect.

Things changed rapidly, though, when the future president launched a Twitter attack on both the F-35 and Air Force One. Stock prices at the world’s largest aerospace companies plunged, and PR people at both companies sprung into action, quickly releasing statements like this, reiterating their commitment to cost control:

“(Boeing is) currently under contract for $170 million to help determine the capabilities of these complex military aircraft that serve the unique requirements of the President of the United States. We look forward to working with the U.S. Air Force on subsequent phases of the program allowing us to deliver the best planes for the President at the best value for the American taxpayer.”

Lockheed Martin CEO Marilyn Hewson even made a pilgrimage to Mar-a-Lago, quickly acquiescing by promising cost reductions on the troubled fighter program.

If you work in aerospace marketing, communications and PR, it is mandatory that you understand the art of crisis communications because, frankly, there’s a lot that can go wrong, and we are the people who have to respond.

Now, your crisis may not involve the loss of lives, or responding to the critical tweets of a U.S. president, but it still may make headlines that damage your reputation, disrupt your business and potentially cost you money. Poorly handled crisis communications, even when your company or products are fault free, can result in what some call the “stink of failure” that ultimately settles on your reputation.

What constitutes a crisis?

Any action or event that has the potential of disrupting your business or casting doubt on your company’s ability to competently provide its products or services. Examples include:

In addition to events beyond your control (weather, terrorist activities, etc.), assemble a list of events that could create a crisis situation for your company. Gain an understanding of how your products or services are used, who uses them, and what might happen if a component you make or that you service fails, causing an accident, injury or death. Also, learn about the manufacturing processes your company employs, including potentially hazardous chemicals and machinery.

If there is a problem, ensure that you have buy-in from senior management and keep them informed every step of the way. At the first sign of trouble, immediately assemble all known information, and develop answers to anticipated questions and the messages you want to convey.

Have a plan to shortcut the internal approval process. It’s imperative to distribute information as quickly as possible and as often as new information is available. There is no benefit in delaying. By releasing information first, accurately, and often, you have more control over what is published or broadcast and you have credibility.

It’s never a good idea to respond with “No comment” to any question. That’s the implied equivalent of saying “I’m guilty.” The preferred alternative is, “I cannot comment on that right now because my information is incomplete. However, I will give that information to you when I have it.” Then you must follow up with the answer, or contact the person and provide a status report on the accumulation of the information.

Avoid industry or technology jargon. One communications manager described a helicopter that crashed as being a “chase” aircraft.  Media then reported the helicopter had been “playing chase” prior to the accident.  Words matter.

Begin today to monitor the media that reports on your company. Distribute stories to senior management and be ready to respond to inaccurate information. Use the digital media to your advantage for immediacy.

The words you speak must be consistent with the actions you take. Always tell the truth. Any lie you tell will be discovered. Public relations veteran Mark Ragan says, “If your organization tells a stretcher in the age of links, the chances of a PR meltdown are huge, unprecedented, in fact.” Being honest means reporting the facts about an incident as they are known. It means answering questions without obfuscation. It means providing data that supports your facts. It does not mean disclosure of proprietary information.

Your basic crisis communications plan should include:

Careful, reasoned crisis communications planning is as important as marketing plans, operational budgets or any other element of competent business management.  Are you prepared?

The content of this blog is based on a Crisis Communications White Paper that’s included in this PR Toolkit, and it’s a good place to learn more about next steps.

In addition, Mark Hooper, an experienced aerospace industry communicator, wrote a great piece about “Working with Journalists During a Crisis.” It’s definitely worth a read.