How One PR Pro Handled the Biggest Crisis of His Career

No one wants to think an accident or public relations crisis will happen to them. But the cost of being unprepared is far too high to leave anything to chance. No one knows this better than Greg Witter, founder of The Witter Group, a public relations firm in Seattle, Wash. Witter was the Managing Director of Strategic and Corporate Communications at Alaska Airlines on Jan. 31, 2000 — a day he'll never forget. 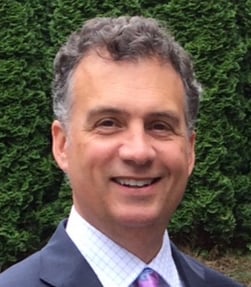 It was on that day an Alaska Airlines MD-80, Flight 261, crashed into the Pacific Ocean off the coast of Southern California. All 83 passengers and five crew onboard were lost.

Greg and his team of in-house and contracted communications professionals responded to the accident in a way that pioneered how airlines would communicate post-accident from that day forward. Alaska was widely praised for its cutting-edge use of the Internet, timely dispatches and responses and overall transparency. They set new standards for crisis communications in the airline industry. Preparation, Greg says, is how the foundation for it all was set.


How did the accident unfold for you that day?

You know, communications people often, very mistakenly, think they'll know before the media or public when a crisis arises. Even back in 2000, before social media, that wasn't the case. In our department, the first inkling we had that something might be wrong came via a TV reporter inquiring about reports of a white commercial aircraft going down off the coast of Southern California. When my subsequent phone call to our flight operations department went unanswered — a first in my then-11 years at Alaska — my colleague Jack Evans and I immediately put our crisis plan into motion and literally bolted to the CEO’s office. And yes, Jack and I — not flight operations — broke the news to our CEO that we might have a situation. That’s how news flows in the real world — and more so now in this age of social media and smartphones.

Tell us about your plan and how it worked.

To properly respond to a crisis, you absolutely have to have a very detailed plan, written out with clear roles and responsibilities of every person. When I started at Alaska in 1989, the plan was about three pages. That's it. This speaks to the era: the plan called for us to have a “go bag” ready to head to the scene of an incident or accident at a moment’s notice and one of the items in the go bag was a roll of quarters — in case a phone booth might be the only mode of communication available. At any rate, over the next several years we expanded, modified and perfected the plan. One of the keys to the process was studying how other airlines handled accidents. You can learn a lot, good and bad, by observing how others react in a crisis. There were a lot of "what not to do" examples out there.

Our team had drafted the crisis communications plan from the ground up. We started by identifying every possible scenario, from the worst case on down. Then, for each scenario, we identified who would need to be involved and what their roles would be. We wrote out what would be done in the first hour, first week, first month and so on. We wrote and received pre-approval for basic statements in all the scenarios and templates for messaging, statements, and press releases. We had contact lists, descriptions of what every agency does in each scenario, you name it. In my opinion, you can't spell out too much.

From there, we put it in front of as many relevant eyes as possible to get input, observations, and suggestions. It remains an organic document, as you are always improving it.

This next piece is key: we, as a department, drilled the plan at least once a year. And the airline as a whole also would conduct mock drills. Each time we found things to revise and update. As fate would have it, we conducted a drill roughly a week before the Flight 261 tragedy and discovered several holes in our plan — most of which we had addressed before the accident. One of the topics that came up was server capacity and whether we could absorb the web traffic that would be generated by an accident. In short, we didn’t. Our IT people were totally prepared, though, when 261 went down.

One of the critical pieces to our plan was spelling out very specifically who would fill which roles in a crisis. As it turned out, when news of 261 came, three people with major roles in our plan were either out of town or unable to be reached. Yet we moved seamlessly because their backups literally had written checklists to follow.

There were many reporters thrown onto the story who had little if any industry familiarity and would get certain pieces of the puzzle completely wrong. We didn't anticipate that specifically, but we had a system in place to consistently monitor coverage — and as media mistakes were discovered we addressed them right away. For instance, the 261 aircraft had just had a maintenance C-check — industry jargon for the type of scheduled maintenance it had undergone. A reporter started broadcasting that the aircraft had received a "C" in its most recent maintenance check and wondered why it was put back in service without an “A.” You can’t let something like that sit for five minutes because then it starts taking on a life of its own. Today, that work is exponentially more labor intensive because of social media. Someone, or more likely a room of people, will need to monitor and respond to social media.

How did you redefine airline crisis communications?

In researching other airline accidents, we found that even though the internet had been around for a while, airlines weren't using their websites to tell their story. With the web, we didn’t have to rely on the media to tell our entire story. We’d pre-crafted a statement from the CEO to post on the front page of the website in our communications plan, and it went up right away after the accident with minor editing. We also maintained the latest updates there, keeping our customers and the public up to date.

We also made the decision to proactively share information to assure accuracy. For instance, in every airline accident, one or more media outlets do a story on the airline’s accident history. If you search databases, there are items in there that can mislead or be misconstrued. So we prepared a complete history and proactively released it to the media. This achieved two things: 1) We ensured accuracy on a story that ultimately would be told anyway; and 2) We gained a great deal of credibility with the media for being honest and transparent.

In the same manner, we sent out releases with information on the aircraft's history, its maintenance history, and the crew on the flight. We wanted to be the ones telling the story to reduce inaccuracies and build trust with the media and public.

Also, no one wants to look like the cold, heartless corporation. So we reviewed every statement, message, and release as though we were family or friends of the victims. With everything, we asked ourselves, “How would they perceive this message?” Viewing the situation through that lens shaped the words and phrases we used and, I think, helped convey what we knew to be true: Alaska is a caring company full of thoughtful people.

What if a company doesn’t have a team of people to respond?

We had a great group of people in our department, but nowhere near enough to handle an accident. Our crisis plan accounted for this and we had pre-identified folks from other departments that we would borrow to help us out. We also called in our outside PR counsel — people who knew us and the company and could hit the ground running. I actually called them before we knew for sure that 261 was down; I said we might have a serious issue on our hands, can you get in the car and start coming this way just in case. In addition, Boeing sent over some of their seasoned crisis PR people to serve as sounding boards for us in the first hours. Bottom line, you’ll need help. You must identify ahead of time how you’re going to get it.  Having a communications group either on retainer or at least standing by with knowledge of your operation is critical. You want to be surrounded by people with sound judgment and experience. That's especially true in this age of social media, where you can't afford missteps.

Any advice for aerospace companies out there regarding their crisis communications planning?

Yes, design a very detailed plan with roles defined, pre-crafted messaging, and responses for all likely scenarios. And drill, drill, drill. We were able to stay ahead of the curve — to the degree that’s possible in a horrific accident — because we were prepared. We practiced and kept our plan up to date.

Also, determine right now what the chain of command is going to be. In the first hours of the Flight 261 response, I answered to only one person: the CEO. That streamlined structure meant we were timely in virtually everything we did because layers of people didn’t have to wordsmith every statement. That’s not to say you don’t want and need lots of good input, but when it comes time to making decisions in tight timeframes, the org chart needs to get flattened. Let me repeat that: Have a clear, final authority on messaging and chain of command to assure timely release of information. Today's world of 24/7 news, coupled with social media, demands you be proactive as much as reactive. If you don't give the dog a bone, he'll go to the trash. Keep giving the media honest, true information and they won’t be as tempted to dig around and perhaps share inaccurate or incomplete information they found elsewhere.

In the end, your plan is your company's reputation. You worked hard to develop a strong reputation with customers. Work just as hard to protect it with a crisis communications plan.

We thank Greg Witter for sharing his insight and experience with BDN and our Flight Manual readers. A long-time airline industry veteran and former U.S. House and Senate press secretary, Greg is a strategic communications consultant based in Seattle. His firm, The Witter Group, is an alliance of independent contractors with expertise in crisis communications, issues management, media relations and marketing communications. 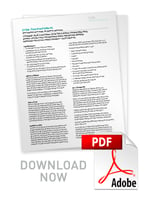 Bulldog Reporter today ran a story entitled,  “Although Crisis Cripples Brands, Negative Coverage is a Killer.” The article explains that in the wake of United Airlines' recent PR missteps, 53 percent of consumers says they are less likely to continue purchasing tickets from the company.  In light of what's been happening with United, Bulldog also wrote about “How to Successfully Prevent a PR Crisis."

Hungry for more? Download this BDN White Paper, “Don’t Be Afraid of the Media. Be Prepared.”

Next week we will continue to focus on PR and will share an array of free tools and resources you won’t want to miss. It’s the ultimate toolkit for PR professionals working in aerospace and defense.