Few know more about the aerospace and defense industry than Richard Aboulafia, Vice President of Analysis at Teal Group. He is a deeply knowledgeable industry adviser and consultant who writes Teal’s World Military and Civil Aircraft Briefing, a forecasting tool covering more than 135 aircraft programs and markets. He is frequently cited as an aviation industry authority by trade and news media worldwide. 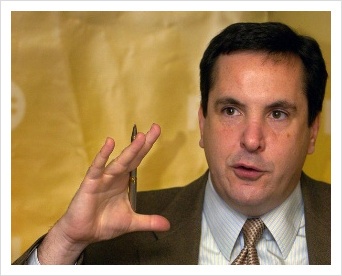 BDN recently spoke with Mr. Aboulafia about industry forecasting and trends. It was a fascinating discussion about the forces shaping our world, and we are delighted to share it here with our readers.

RA: Somewhat. There’s no question there will be more money for defense, but much of it will support readiness, personnel, bombs, and bombing. I’m not so sure how much will be invested in the future and in aerospace.  Now, having said that, there were concerns about the Air Force’s ability to fund all of its investment priorities, and that will be a little easier with a higher top line.  In other words, a little bit might go a long way towards alleviating budget shortfall issues, and that’s good. It’s also good to see that he is appointing the right sort of people to defense positions. Gen. Mattis will tell him what he needs to hear and what he needs to know and that’ll probably change everything. In fact, he’s almost certainly the very best choice for defense, and certainly the perfect counterweight to some of his other national security choices.

KD: How significant are these tweets that spotlight companies like Boeing and Lockheed-Martin?

RA: The tweets are concerning, and they could change things. We’re not really clear the president knows enough to be sending the tweets he’s been sending. There are two schools of thought. One, that he’s a master negotiator, and two, that a whole host of factors are driving these tweets. I tend to be a bit concerned. I don’t think it’s a negotiation, I think it’s an effort to micromanage and to take credit for the hard work of others.  If you look at the Carrier plant in Ohio and the Ford tweet and the Toyota tweet — there’s a bigger effort to increase the role of the presidency in relatively small economic matters. And it’s not really clear that’s always useful, or even executable.

KD: So when you’re advising defense clients who want to prosper in the Trump era, what kinds of advice and counsel do you give them?

RA: Make him look good. The contrast was made between Boeing and Lockheed-Martin in the immediate aftermath of his tweets about Air Force One and the F-35. The Lockheed-Martin folks were kind of guarded, and the Boeing folks were very aggressive and savvy. They said, “here’s what we’re going to do for you.” And all of a sudden his next tweet was actually kind of pro-Boeing. I think if you help him achieve his objective of looking good to his base, the actual content, details, and any real cost savings don’t matter. Just make him look good.

KD: So basically this is the era of public relations?

RA: Oh God, yes, more than ever. A lot depends on external communications and how you position yourself — that’s totally right.

KD: And would the same advice hold true for those on the civil side then?

RA: Yes, absolutely, and that’s disturbing, because that’s where government shouldn’t be playing a role at all. In defense you can probably make an argument for some involvement, but on the commercial side it’s very concerning, particularly since this is an export-driven business. So beating up on the U.S. airlines to buy a few more Boeing jets is bad enough, but if it’s accompanied by policies that damage the U.S.’s export market standing, that’s catastrophic. The classic example is renegotiating trade with China, which is about 20 percent of commercial aviation exports. You slap a 45 percent tariff on Chinese imports, as he has promised, and the easiest way in the world for them to retaliate is to add a tariff or any kind of barrier to U.S. aircraft imports, which would be disastrous.

KD: You recently spoke at the National Aeronautic Association’s aviation state of the union. What was the focus of your address?

RA: Well one theme was that even in an ideal world where we don’t have trade barriers enacted, we still have to cope with the end of civil market growth. We’ve had a tremendous 12 years, but the party has come to an end. The only compensation is defense, which, because of Trump and global tensions, is still pretty good. You can even make an argument that defense and civil are trading places as growth engines, but the problem is that the commercial market is just so much bigger. So growth there matters a great deal more.

KD: Were there any other major themes?

RA: Well certainly the increasing importance of exports, not just for commercial, but also for defense.  We are also looking at challenges for the A380 and 787, and the rotorcraft and business aviation segments are struggling. Interest rates are also something to watch.  Everyone expects them to rise, probably twice this year, but probably still staying below one percent for the prime rate, and that’s a real issue.  In addition, the dollar is just getting stronger and stronger, and that is damaging to U.S. export competitiveness.

KD: So what are the biggest market opportunities that no one is talking about?  Is there anything that’s flying under the radar?

RA: Yes. The special mission aircraft, intelligence, surveillance, and reconnaissance markets have enjoyed incredible growth. While some people have been prospering in these segments, it’s an incredibly fragmented marketplace in terms of platforms and service providers and integrators.  That’s kind of intriguing, and when you look at the numbers behind it, they’re phenomenal.

KD: Okay Richard, if you were king for a day, and you could affect one change in the industry right now what would it be?

RA:  I’d like to see more investment in the future, both at a government level and at a private sector level.  Independent research and development for commercial markets isn’t bad, but it has always been terrible for defense markets. To a certain extent the IR&D decline is understandable but it would be good to see more of it.  I’m convinced that declining IR&D at Boeing was a contributing factor in the company losing the bomber program because it might not have made adequate investments in defense airframe engineering, for example.  And on a government level, everyone is expecting a lot more cash for operations and maintenance, but nobody is talking about a significant boost to the defense research and development budget. I’m a little concerned that just like in the private sector, the Trump administration and its defense people are going to prioritize the here and now rather than looking at new ways of harnessing technology for the future.

KD: You’re an informed industry participant and observer. From your vantage point, what can you share that would be helpful to aerospace and defense industry marketing professionals?

RA:  I’m a connoisseur of marketing.  I love it. Very often you see folks advertise a product by emphasizing some sort of wow factor or talking about how passengers love to fly on this, but who cares?  What matters is that this product will increase your ability to charge for something or your ability to save money on something. Commercial and defense audiences have a bottom-line focus.

KD: As a self-described connoisseur, what marketing do you see that’s especially effective?

RA: Pratt & Whitney’s launch of the Geared Turbofan™ technology was some of the best marketing imaginable. I think GE does a good job, too.

Be sure to download Mr. Aboulafia’s 21-page National Aeronautic Association presentation here. It’s an information-rich look at “Geopolitical Change, Macroeconomic Uncertainty and Aircraft Markets."  Throughout 2017, the Flight Manual will feature interviews with industry experts like Mr. Aboulafia.  If you have a relevant story to tell aerospace marketers, and would like to participate in a future Q&A, contact Kyle Davis.

We believe this is the era of Public Relations. Working with the media requires specialized skills and knowledge. This exclusive PR Toolkit will help you avoid common missteps and work more effectively with the aerospace and defense news media.